It was winter of 2011 and the Cassowaries’ season was in full swing. Beth Anne was a regular on the intramural soccer team and had asked her sister, Colleen, to guest play one night when the team was short on girl players. The sisters carpooled with Beth Anne’s then co-worker, now groomsman, Steve Utermark, and picked up John en route to the game. Colleen and John shared the back seat and some small talk before taking the field. It was after the game (a win obviously) that Colleen knew two things: 1 - her soccer skills were not what they used to be and 2 - the curly haired guy from Bucks County was pretty cute. The Cassowaries went on to be the champions of that YSC session.

Fast forward a few months to August 2011 when the two met again at Beth Anne’s housewarming party in Manayunk. John arrived with some of his friends after the party was in full swing, coming straight from a long day of tailgating and watching the Union game, and navigated the narrow streets with ease in a Suburban full of rowdy supporters. Initially, the two shared polite hellos and went their separate ways, but got re-acquainted later in the evening on Brew Pub’s dance floor. After talking on the porch for a couple of hours, the night had wound down and it was time for John to drive his friends back to Bucks County. They exchanged numbers, made plans to meet up again soon and shared their first kiss in the rain - just the way Taylor Swift would have wanted it. After that night, John knew two things: 1 - good things were to come with this girl and 2 - he needed to visit Philadelphia more often.

From there, the two started a relationship where they made countless memories, explored cities near and far, built lifelong friendships, celebrated professional and personal accomplishments, all while learning about and falling in love with the other. Just over four years later, after Colleen arrived home from a work trip, John presented her with a plan for the weekend. He’d convinced her to walk along Kelly Drive in 90 degree weather to “take pictures of the skyline”, but in actuality, he had got in touch with his sister Jack and her sister Beth Anne so that they could both document and surprise the two of them as he got down on one knee. As they say, the rest is history... 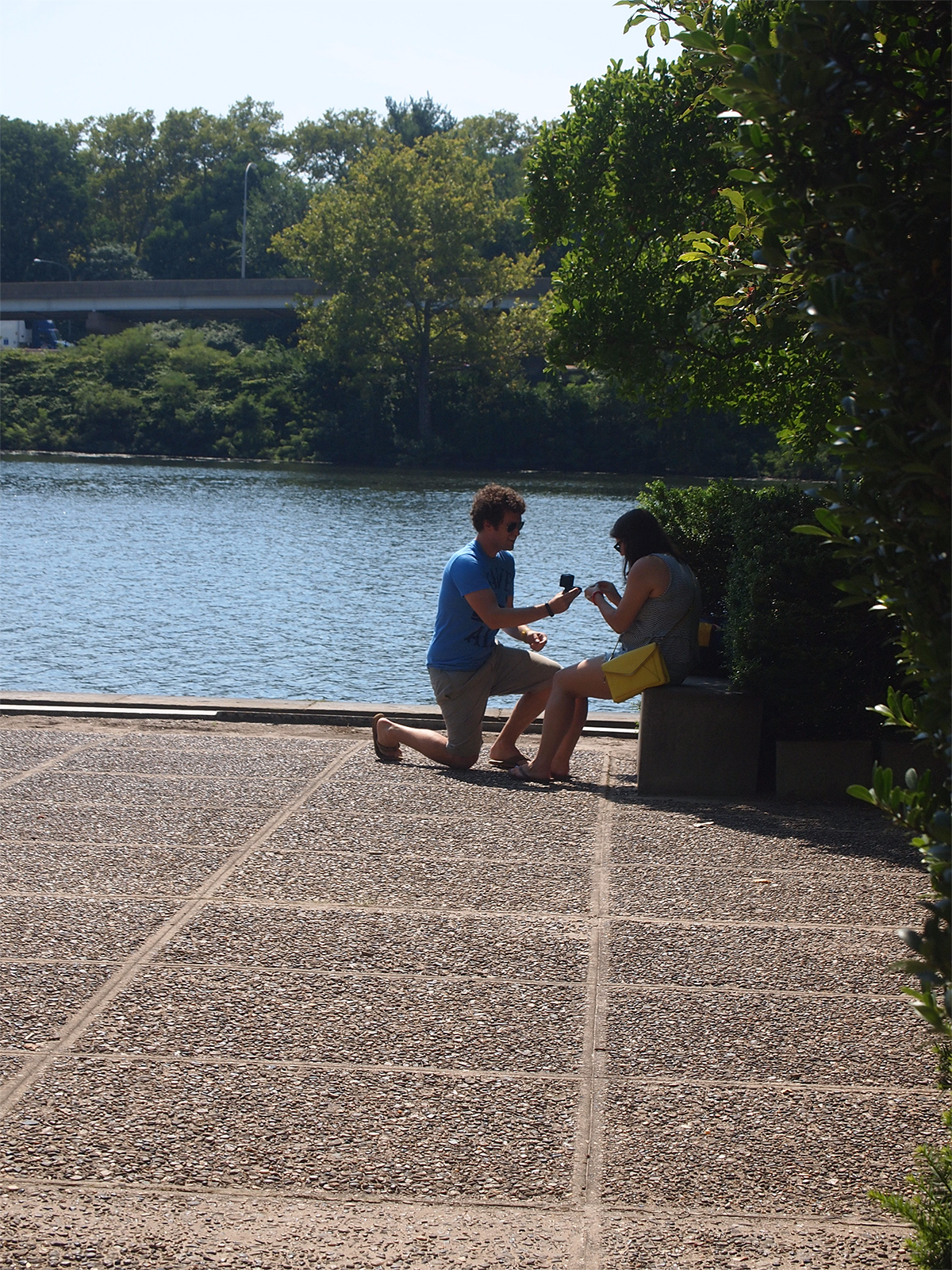